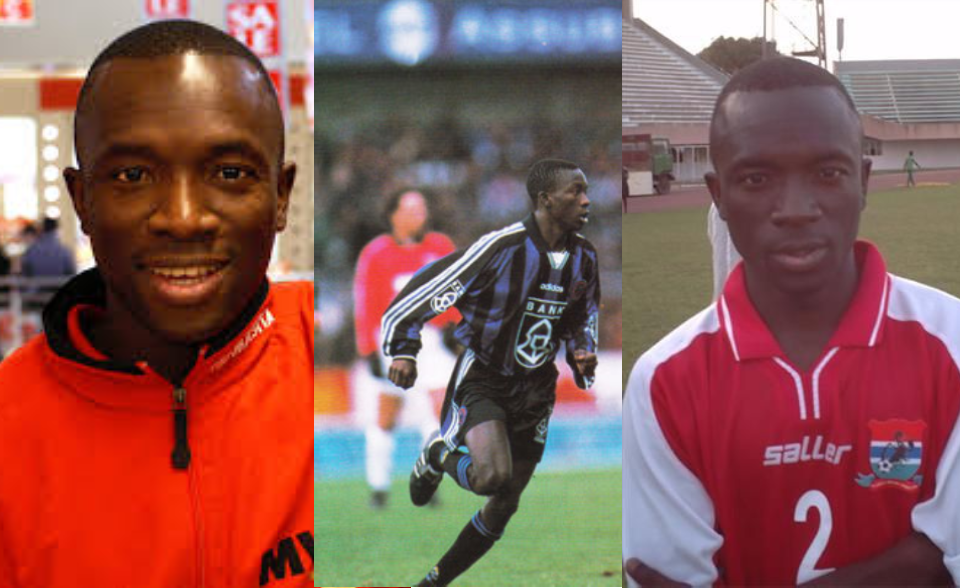 Ebrima Sillah commonly called Ebou Sillah is Gambian professional footballer , born on 12 April 1980 in the coastal town of Bakau newtown . He plays as a forward and a left footer. Ebou is a very prolific,skillful and intelligent player. He was a sensational player to watch, especially in vital moments by turning the game his way and creating something out of absolutely nothing. Ebou invented himself as a prolific forward who’d burst into live wire in the penalty area with his quick feet and dazzling movements and a cool headed finnisher in front of goal.

Ebou Sillah joined top tier club in the Gambian domestic league Sait Matty in 1994 for a couple of seasons before joining the all whites Real de Banjul youth team in 1996. In 1996, he broke into the national team and making himself an excellent reputation and recognition internationally.

However, breaking into the national team gave him the opportunity to venture beyond the Gambian waters. Ebou soon join Belgian side DC Blankenberge on Jul 1, 1996 for a season. He was later recruited by Top tier Jupiler pro league side Club Brugge KV from 1997-2003. He made 41 games appearances and scored 5 goals therein, He later loaned out to KRC Harelbeke on Aug 1, 1999. He made 23 games appearances and scored 4 goals therein. On June 30 2000 he returned to Club Brugge KV after the expiring of his loan to Harelbeke.

On Aug 16, 2002 Ebou had another loan spell to RBC Roosendaal in the Netherlands on a year long loan deal. he made 15 games appearances and scored twice therein. On Jun 30, 2003 he returned to Club Brugge KV.

However, on Jul 1, 2003 Ebou Sillah finally left Club Brugge to join Rubin Kazan, a top tier Russian side on a free transfer. He made 40 games appearances and scored 4 goals therein. On Jan 1, 2006 he left Rubin Kazan to return to RBC Roosendaal. He made 20 games appearances there and scored 7 goals therein. He left just 7 months into that season to join FC Brüssel on Jul 1. 2006 on a €400Th. free transfer. He was soon loaned out to Hapoel Petah Tikva, an Israeli top tier side.

Other clubs he played for includes MVV Maastricht, Spouwen Mopertingen, Koninklijke Sporting Hasselt were he later hanged his boots.

Ebou’s first international game was a World Cup qualification Africa 10/12/03 at home against George Weah’s Liberia, which ended 2 : 0 in favour of the Gambia. He went on to represent his country in 23 games, scoring 3 times therein. He happens to be the most cupped Gambian international.

Ebou Sillah is a Belgian passport holder and is currently working with a Belgian 4th division side, Hasselt F.C.