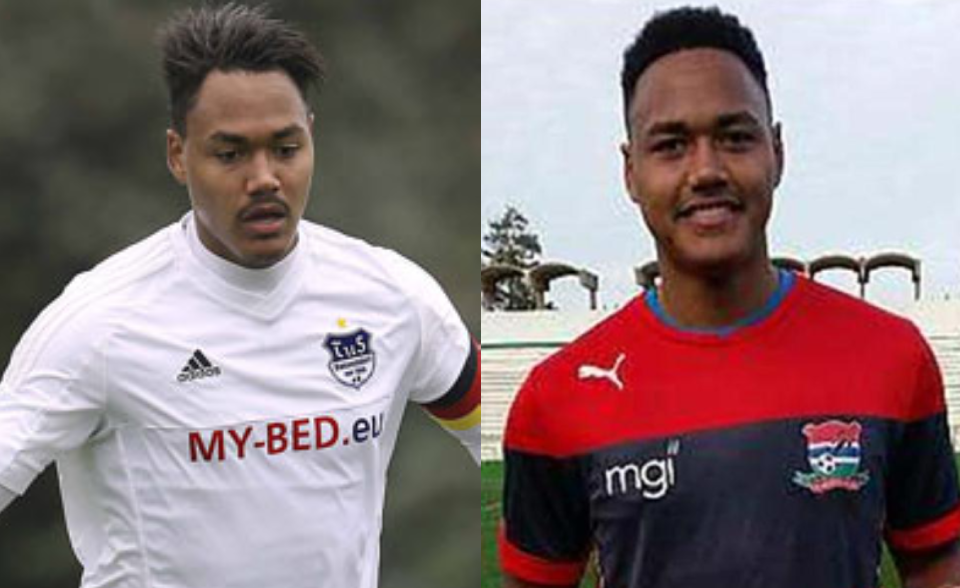 Amando Joseph Aust born in 23 April 1990 in Berlin Germany, is a professional footballer who plays as a centre-back for Dassendorf and the Gambia national football team. Amando is of Gambian descent.

Amando started his professional football career on July 1st 2009 after joining OSC Vellmar, a German multi sports club based in Vellmar. Amando spent 3 years the club, he made 55 appearance for the club and scored once.

2012–2013 season saw Amando switched allegiance to Holstein Kiel, another German association football and sports club based in the city of Kiel. He spent only a season there and made 16 appearance and scored twice therein.

In Aug 20, 2013 Amando joined VfR Neumünster, also a German association football club based in Neumünster, on a free transfer with market value of 75.000 Euros. He spent only a season there and made 18 appearances and scored three times therein.

However, Amando keep on moving amongs German Clubs. He joined TSG Neustrelitz on Jul 1, 2014. A German association football club from Neustrelitz on a free transfer with a market value of 75.000 Euros. He made 8 game appearances therein before joining again TuS Dassendorf on July 1st 2015. he made 57 game appearances and scored 3 goals therein.