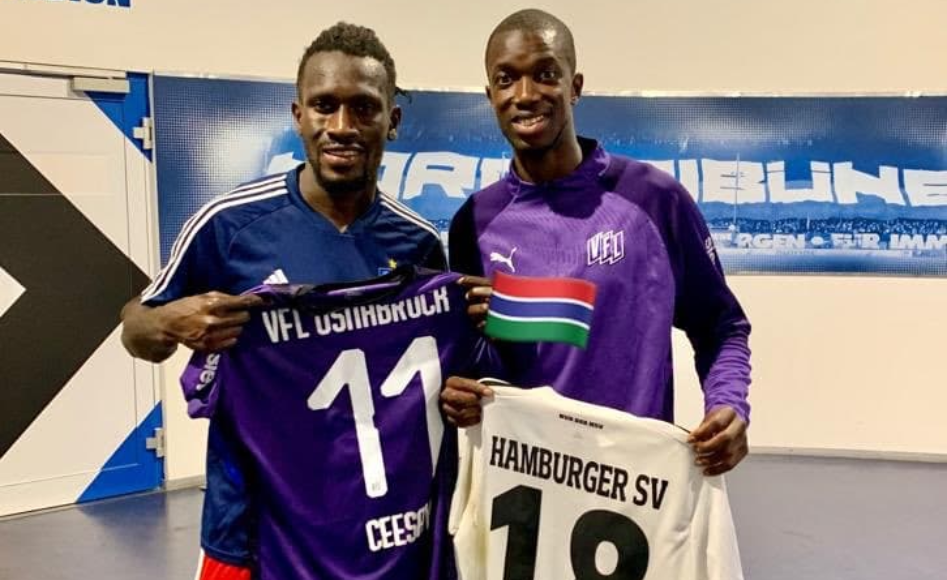 Assan Ceesay’s Osnabrück struck a blow to Hamburger SV bid for promotion as they failed to grasp the momentum once again, they couldn’t take the advantage on their home ground. The two settled for a draw yesterday the 16th of June 2020.

The night unfold with much at stake for both teams, Hamburger where very disappointed in comparison to Osnabrück at the 1-1 draw. In the opening 20 minutes both teams had decent chances in front of goal but failed to capitalize and squandered all chances.

Hamburger’s Martin Harnik 35th minute goal separated the two sides as they battled to get the better of each other, the goal gave the host the lead they were craving for.

However, the goal lasted to be the only goal for the hamburgers for the night, as the Visitors had something else in mind. Just before the hour mark Moritz Heyer leveled the score for the Lila-Weiß from there on the had the better chances to seal the three points.

Assan Ceesay failed to score from a point blank range when it seemed much easier to score, a miss he wouldn’t love to watch after the game. Bakery Jatta was introduced into the game shortly after the break replacing Kittel.

Assan Ceesay’s Osnabrück could have won the game in the last 15th minute as they countered the home team but squandered their chances. It was end to end stuff for the last 5 minutes of the game but but the expected Hamburg onslaught never materialised. Given that they need a win , Hamburger performance after the break was very poor and disappointing .

On the other hand Osnabrück will be content with the shared spoils.