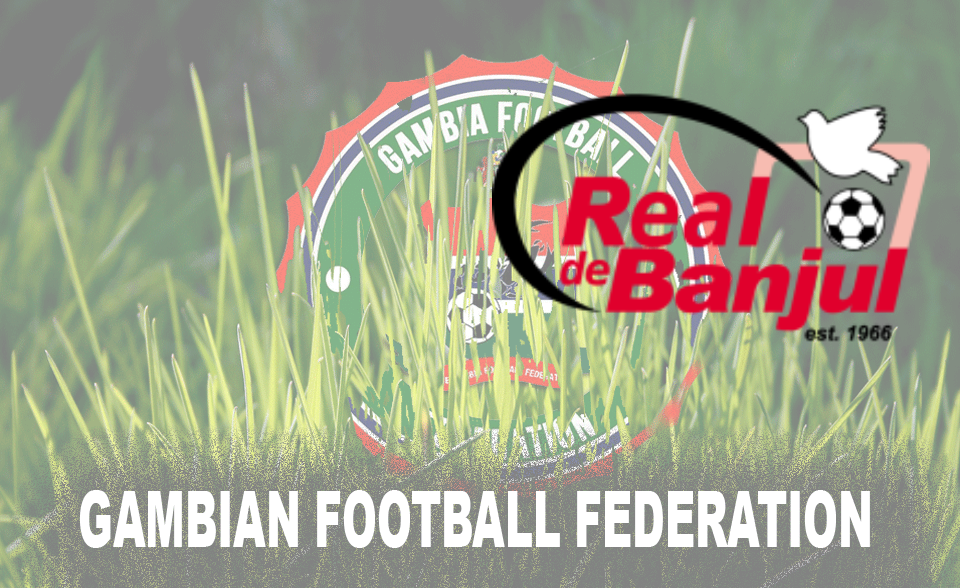 Real De Banjul current league leaders of the 2019/2020 soccer league season has rejected the decision of the federation committee to accord them to represent the Gambia in the next season’s CAF champions league competition by the club board.

Real De Banjul are bitter with the Federation for not crowning the club champions of the abandoned league due to the corona pandemic and government decision to extend the lock down further.

In the club’s board statement on Tuesday, lamented that they should have been crowned champions before been accorded the opportunity to represent the nation.

However, last week the federation committee came to the decision to declare the season null and void after according to the committee that they had constructive discussions with club representatives to expunge the league if the lock down is further extended as it was been debated at the national assembly by then, and there will be neither promotion nor relegation and also pledge to support the clubs accorded the chance to compete in the Caf champions league financially i.e Real de Banjul and Armed Forces.

Real De Banjul Felt that they should be crowned as per their statement, “Real De Banjul FC is not only one of the oldest members of the GFF, but we have always played a cardinal role in the development of football in The Gambia by following the Laws and Rules of the game, invest in all aspects of football development, support the GFF to best of our ability at all times, “the statement ends.