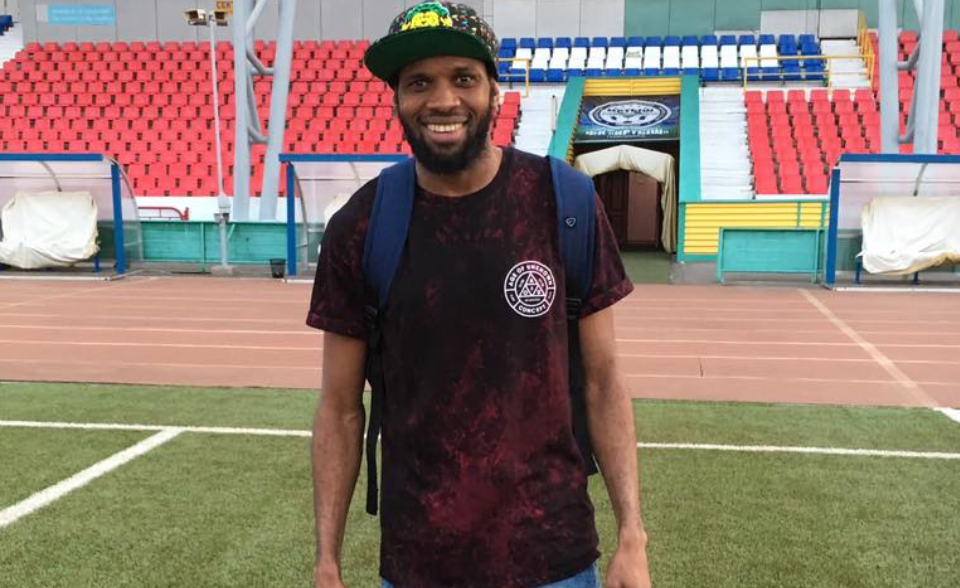 Ousman Jallow was born on born 21 October 1988 in Banjul, he is a Gambian professional soccer player and plays as a striker.He was a prolific striker very deadly in the 18 yard area, a sublime finisher and light-footed.

Jallow started playing football at an early age through the local tournaments known as Nawettan, were he started to nurture his skill and build up his popularity.

In 2004, Jallow joined the all time champions Wallidan fc and He spent just a season there but soon to be recruited by Al Ain FC in 2005. Al Ain FC is a professional football club playing in the UAE Pro-League,He was signed on a 3 year deal, He featured for the club in 47 league games, scoring 19 goals therein.

Jallow was soon loaned out to Raja Casablanca on Jul 1, 2006 , a Moroccan club playing in the Botola Pro 1 in Morocco. He returned to Al Ain FC in Jun 30, 2007 after the end of the loan. He featured in 19 leagues games and scoring 11 goals therein.

However, Jallow’s ambition to play in European leagues soon unfolded for him in Aug 1, 2008 as he joins Brøndby IF, a Danish professional football club playing in the Superliga, the Danish top-flight football league, he joined Brøndby IF on a million pounds transfer deal.

Jallow was without a club by Jan 22, 2013, as he was released by Çaykur Rizespor. In Feb 27, 2015 he was offered a contract by HJK Helsinki, a professional football club that competes in the Finnish Veikkausliiga, the premier division of Finnish football. He made 20 league games for the club and scored 6 goals therein.

Jallow landed a deal with Irtysh Pavlodar on Feb 27, 2016 on a free transfer. A Kazakh football club competing in the Kazakhstan Premier league. He featured in 21 league games there, scoring 3 goals therein.

In Aug 8, 2016 , Jallow returned to Finland on a second spell with HJK Helsinki on free transfer. He spent a season there and made 23 league appearances and scoring 6 goals therein. He spent 2 years there before been released in Jan 1, 2018 .

Jallow later Sep 2, 2018 landed another deal with Bashundhara Kings, a Bangladesh football club competing in the Bangladesh Championship League, Unfortunately he did not feature for the before been released.

In Sep 11, 2019 Jallow again joined Yenicami Ağdelen, a Turkish Cypriot football club competing in the Super Lig. He featured only once for the club. It was the last club he joined before hanging his boots.