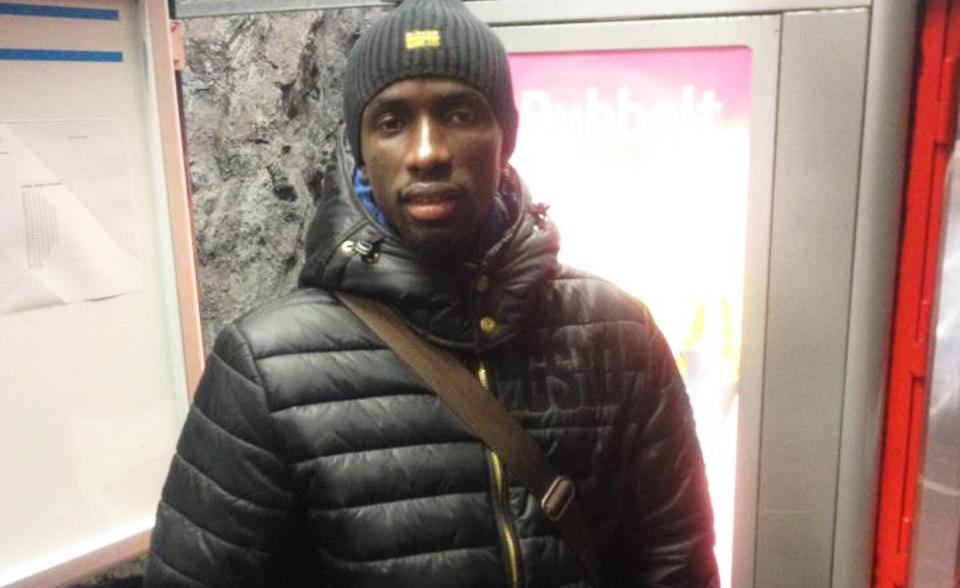 Aziz Corr Nyang, born and raised in the outskirts of Banjul (Half-Die) on the 27 August 1984, an element of surprise from the 90’s. One of the Gambia’s Most Sensational Footballers to ever wear the national colors, Agile,light-footed, creative,skillful,mesmerizing and a prolific attacker. Such a complete player embellish with all these qualities.

Aziz like many other Gambian stars never went through the ranks of football academies, he was able to develop himself into the calibre of a player that he is, Playing warga- warga week in week out at the KG5 mini stadium.

He started playing a recognized tournament with a local Community based team Ngoyan Fc From Banjul (half-Die), A tournament locally called Nawettan. He joined Gambia ports authority fc (Ferry Boys) in 1998/99 league season, a first division league club and went on to clinch the title that year.

He spent 3 years with Ports before living to the west to go international, and joined IFK Lidingö, a Swedish sports club playing in the Division 2, Norra Svealand in 2000/2001 season . He made 19 league appearance and scoring 21 goals in the process.

However, Aziz in 2002/2003 switched clubs to join Swedish tier club Djurgårdens IF Fotboll, playing in the Allsvenskanin , the top flight of the Swedish football league system, Aziz spent 2 year at the club, made 7 league appearance. He made his debut for Djurgårdens during their UEFA champions league qualification match. He left in the summer of 2004 on loan to Åtvidabergs FF.

2007 sees Aziz on the move again, joining Assyriska FF on a 2 years deal, a Swedish football club playing in the Swedish second division, he made 37 league appearances and scoring 5 goals therein.

Aziz moved again in 2009 to join GIF Sundsvall, a Swedish professional football club competing in the Swedish Superettan, the second highest league in the league system of Swedish men’s football. He made 34 league appearances and scored 10 goals therein.

While at GIF Sundsvall, he was sent on loan in 2011 to IF Brommapojkarna, a Swedish football club competing in the Superettan. there he made 23 league appearances and scoring 3 goals therein. He was then taken on permanent bases the following season. In the season he made 12 league appearances.

After been released in Jan 1, 2013 , he was without a club throughout the 2013 season. He was then hired in Jul 26, 2014 by Valletta F.C, a semi-professional football club in Malta. There he featured in 18 league games and scored 4 goals therein.

By May 4, 2017, Aziz was without a club again, but it was not for long till Assyriska FF offered him a chance again in Jul 16, 2017. He went on to feature for the club in 5 league appearances only. He left after that season.

Aziz break through to the National teams categories came in 1999 by joining the U17 team after quickly moulding his legendary status by displaying his qualities both home and abroad. His debut for the senior squad was against Lesotho, during an Caf African Cup of Nations qualifiers at the Bakau Independence Stadium in 2002. The scorpions were able to thump Lesotho 6 goals to nil with Aziz scoring a brace and went on to be the man of the match.

Aziz claimed the saddest game of his career was in 2008 when the scorpions went to Senegal to lock horns with the Lions of Teranga where the scorpions lost. The sadness was not about the lost but the sadness due to the unprofessional behavior of the Senegalese counterpart and security forces. He has featured for the Gambia senior national team 14 times and scored 3 goals therein.

Aziz is still playing in the Swedish 5th tier with a Gambian team and his is helping the team to reach the Swedish top tier league.