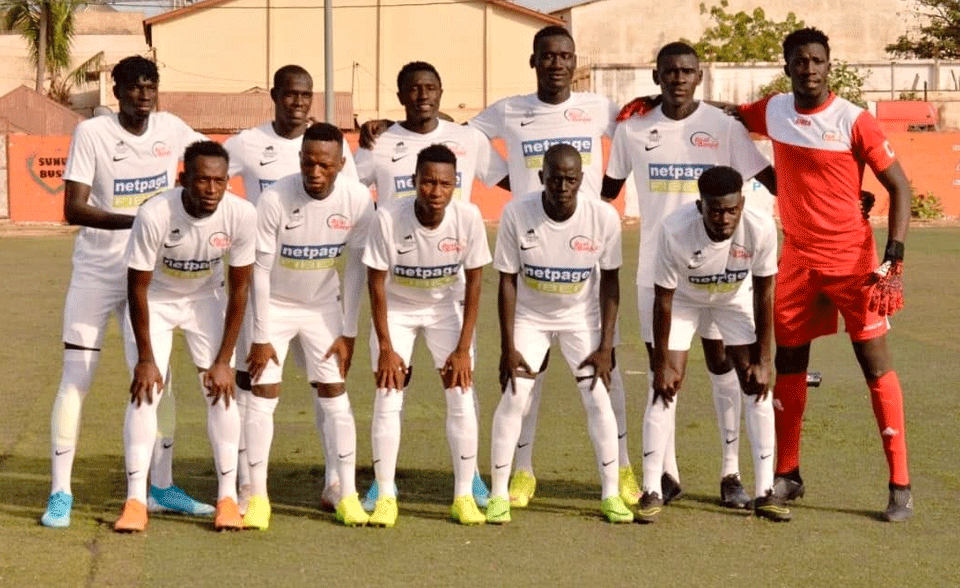 GFF League Division One Match Day Fourteen has rounded up with Waa Banjul having suffered their first defeat of the Season to BK Milan who has now moved out from the drop zone as part of the final Match Day 14 matches played on Monday 16th March 2020.Leaders Real De Banjul drew one apiece to Elite United at the Banjul Mini Stadium over the weekend but the Whites have extended their supremacy on top of the standings six points clear behind second place GAF.

Two intriguing fixtures took place on Saturday with Hawks having to beat Gamtel 1-0 in Banjul to move to 7th with 19 points and Fortune drawing neighbors Brikama United at one all at the Box Bar Mini Stadium. Gamtel are now third on 23 points slightly leading Waa Banjul (22 points).

The final slots for Match Day 14 came off on Sunday between Wallidan and Tallinding United at the Banjul Mini Stadium while BK Milan welcomes home Waa Banjul at the Independence Sadium in Bakau.With Wallidan’s win on Monday, the Blues could brag off their twelve matches win less run and now moved to 17 points on 8th position.

Gambia Ports Authority (GPA) register their fifth victory of the season condemning Gambia Armed Forces (GAF) by a lone goal at the Serekunda East.The major highlight of the final round of Matches has been BK Milan against Waa Banjul.

The Bakau based outfit were the biggest winners as they inflicted the first defeat to Waa Banjul at the Independence Stadium on Monday night winning 1-0 to move out of the relegation zone for the first time this season. Milan have now moved to 12th position joint with Marimoo. But Milan has a better goal aggregate of -6 with 12 points leaving the Manjai club and Elite United languishing at the bottom.

Milan has been struggling at the bottom zone since the beginning of the campaign having a streak of loses unabated until of recent following the appointment of a new Manager Ansu Fatty who resurfaced at the sidelines to offer his first win of the Season for the club.