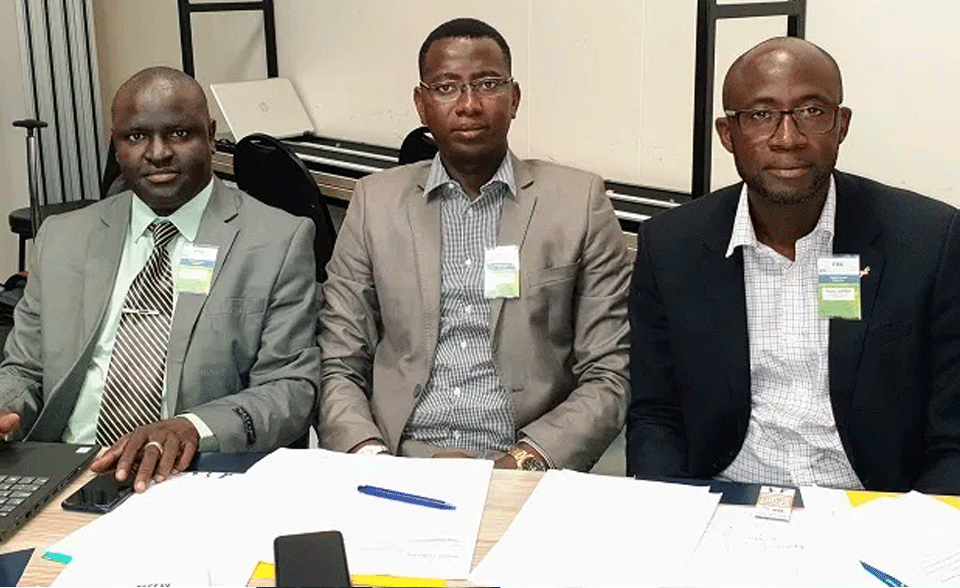 Mr Jammeh is accompanied by General Secretary Lamin M Jassey and also includes Finance Director Mr Kemo Ceesay. The program is a FIFA’s collaborative project with the International Centre for Sports Studies and the Nelson Mandela University in South Africa for training of African General Secretaries and top officials in charge of FIFA forward 2.0 programs.

The programme is an equivalent to a Masters degree for a compulsory five sessions modular course that will run from October 2019 to July 2020. This is the second training package for the football officials following the completion of the first session in October 2019 where the GFF took active part in.

The Manager of the FIFA Forward 2.0 project in the Gambia Alh Bakary K Jammeh who also heads the Gambian officials at the team’s first session in Port Elizabeth, were engaged on a series of sessions with their counterparts across Africa and FIFA on the Forward Project that earned the GFF team applause for their wealth of knowledge and understanding of the Forward 2.0 requisition format.