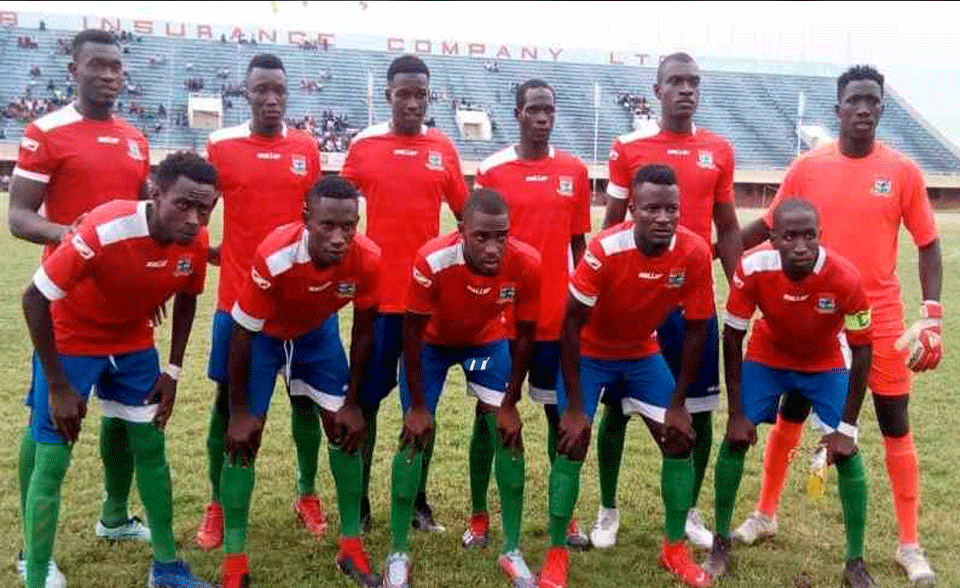 Bracing up for the West Africa Football Union (Wafu) tournament coming up from September 28 to October 12, the Gambia National Local based team (CHAN) continues to intensify its preparations ahead of the event in Thies Senegal.

The team as part of its winding up activities for the eight nations championships, on Thursday held League Div One side Tallinding United 4 nil at a practice match held at the National Technical Training Centre in Yundum. The local based side was the most dominant from start to finish and eventually galloped over the Tallinding based outfit with the huge margin to settle down for another win in another of their warm up matches meant to hone the skills of the locos ahead of the Thies tournament.

“Preparations are ongoing although not everything could be said to be in place but we are going on each day and also improving together as a team”, Sise highlighted. He said beating Tallinding United in their second meeting is quite an improvement “because we played them [Tallinding] the last time conceding a goal but today we beat them without conceding a goal so that is little bit better and is showing us that our defense is now a bit steady and another good thing is that our strikers are scoring goals”, he said.

The team according Coach Sise has lined up a programme which includes  amongst others an international friendly with Senegal as a way of return leg.”We wanted to play Senegal earlier but there wasn’t any positive response  because they were engaged in another game at that time”. Sise howvere said he is still hopeful of facing them before the tournament proper.

He disclosed that the team will go to camp on the 20th September while another test game outside of the Greater Banjul Area is also been arranged for the CHAN Team. “We will have another friendly with another local team in Jarra Soma as part of our test matches all meant to see and improve on our strengths”.