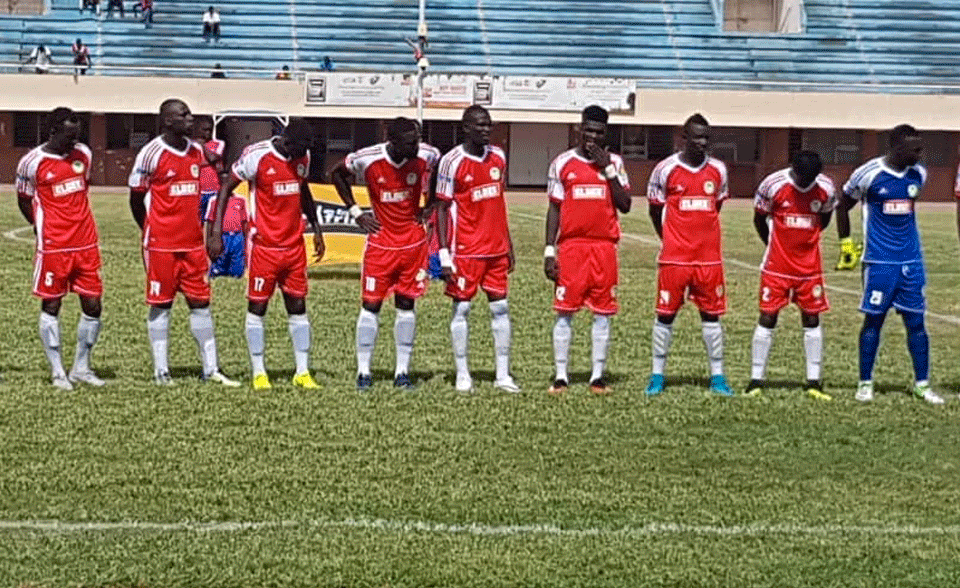 Brikama united came twice from behind to stanched a 3-3 all draw against visitors Raja Casablanca of Morocco in the first leg of Caf Club Championship Preliminaries round.

The match that was played on Saturday the 10th of August 2019 at the independence stadium in Bakau. It took the Moroccan’s champions Raja Casablanca just 1min 47 seconds to break the deadlock through BENOUN BADR with a superb header following a beautiful cross from team mate MOUTOUALIE.

Seven minutes later, the Gambian Champions Brikama United levelled the scores through Modou Bojang alias (Major) who was at his best in the game for Brikama United to make it 1 all. AYOUB NANAH, for RAJA came close of extending the lead with a 25 yards strike that went inches wide before Moutouali scored from a poor goalkeeping error from Abdoulie Ceesay in 29th minutes.

Modou Bojang again, for Brikama united scored his second his brace and make it 2-2 all after rounding -off Raja Defence before his touch left the goalkeeper with no efforts of a save smashing his shot into the net.

However, after that Brikama United continue to piled more pressure on their opponents Raja in the game that paid off in the 44th minutes when Adama Manneh opening his account with a delightful low effort to make it 3-2 for Brikama United heading into the Break.

Raja, then Bounced back with a goal in just five minutes from the second half through BENOUN BADR who also scored a brace in the match and sent the tie to a 3 all draw ahead of the return league in Morocco on the 23rd of August 2019.